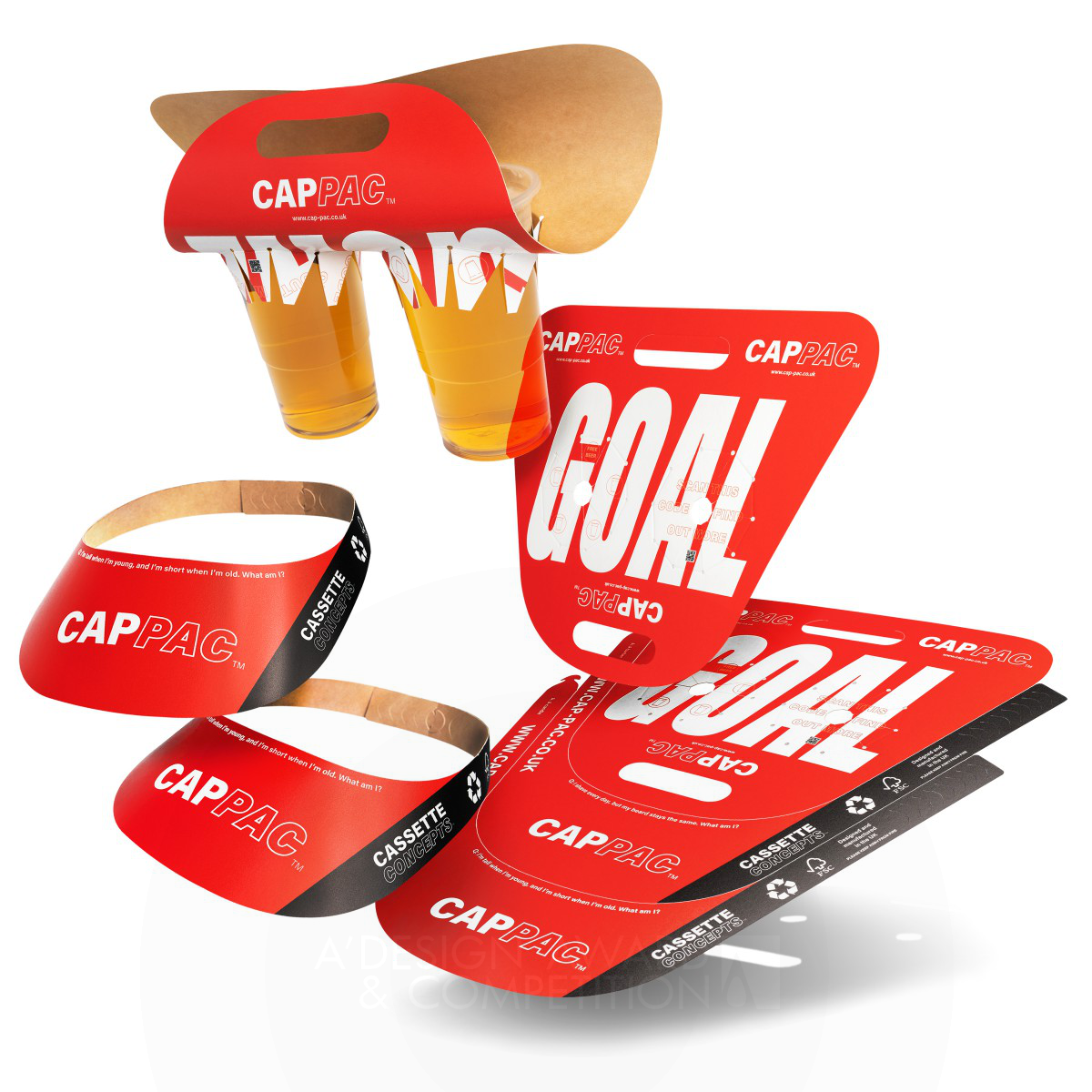 Cap Pac is a marketing tool tailored for outdoor events. Designed to increase uptake and widening the appeal of brands promotional products, by offering multiple fun, interactive and useful products for the consumer. The configuration of the Sign/Drinks Carrier and two detachable Sun Visors fitting around each other, fully utilising the material. All these products are made from a single sheet of card making them cheap to deliver and easy to distribute at the event. Manufactured in the most sustainable way possible, with each CapPac produced actually having a positive impact to the planet.

For achieving the goal of cultural integration, the mission of this campaign was to generate awareness and educate immigrants about cultural integration by delivering the clear message of maintaining bicultural. The campaign built around fully embracing the TV test pattern which alludes to the moment of losing. The key vision ties eight symbols of the participating countries to create a unified yet diverse feeling. Through eight different languages Portuguese, Chinese, Arabic, Russian, Japanese, French, Italy, and Hindi in the title to interpret the main idea - Don’t lose your bicultural. 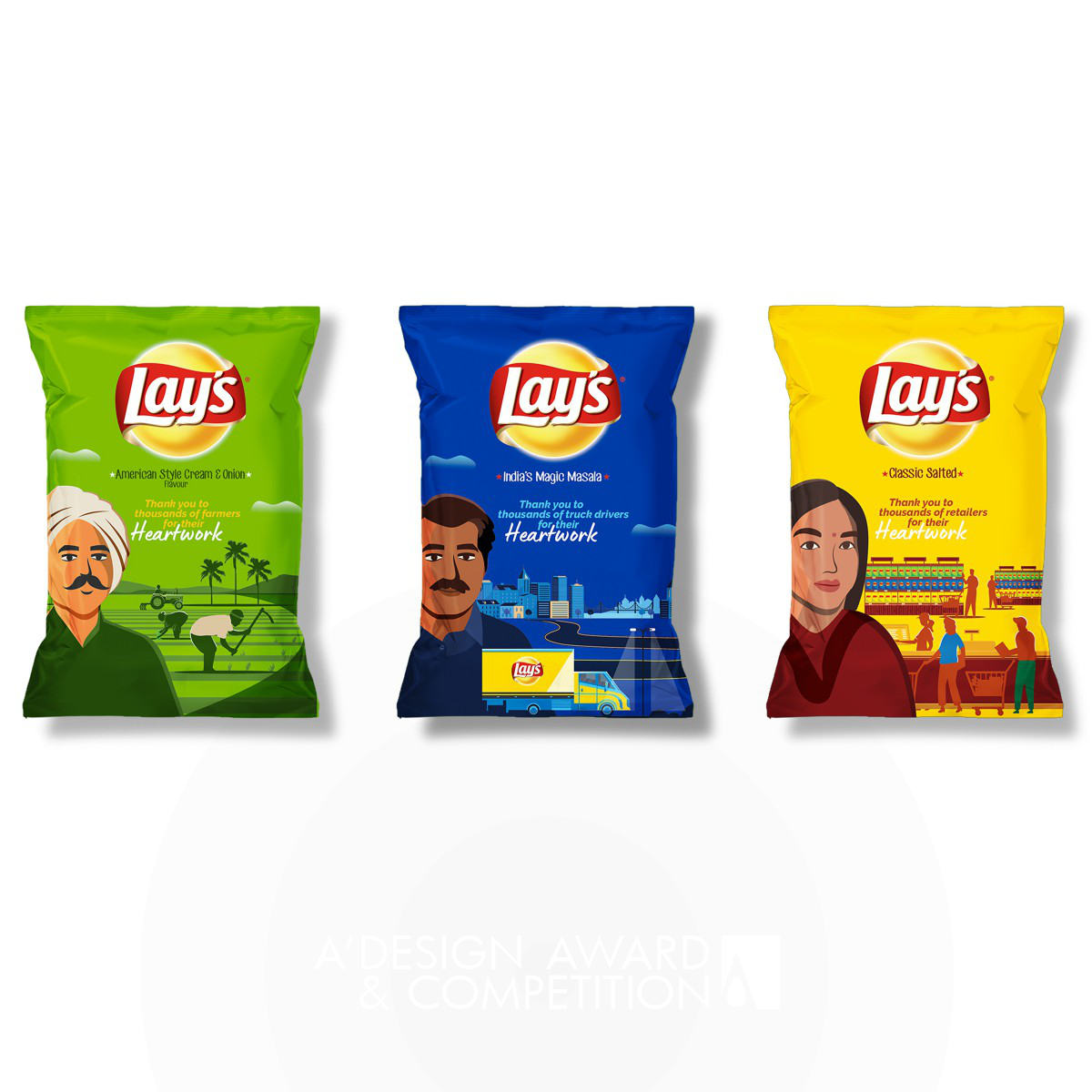 In extraordinary and challenging times, going about one's daily job can be an incredible act of courage. This reality and the Covid-19 pandemic were the impetus for Lays Heartwork campaign. The design team wanted to thank all the men and women who are working tirelessly behind the scenes as part of the Lays value chain. In their eyes, their work is not just hard, it is Heartwork. 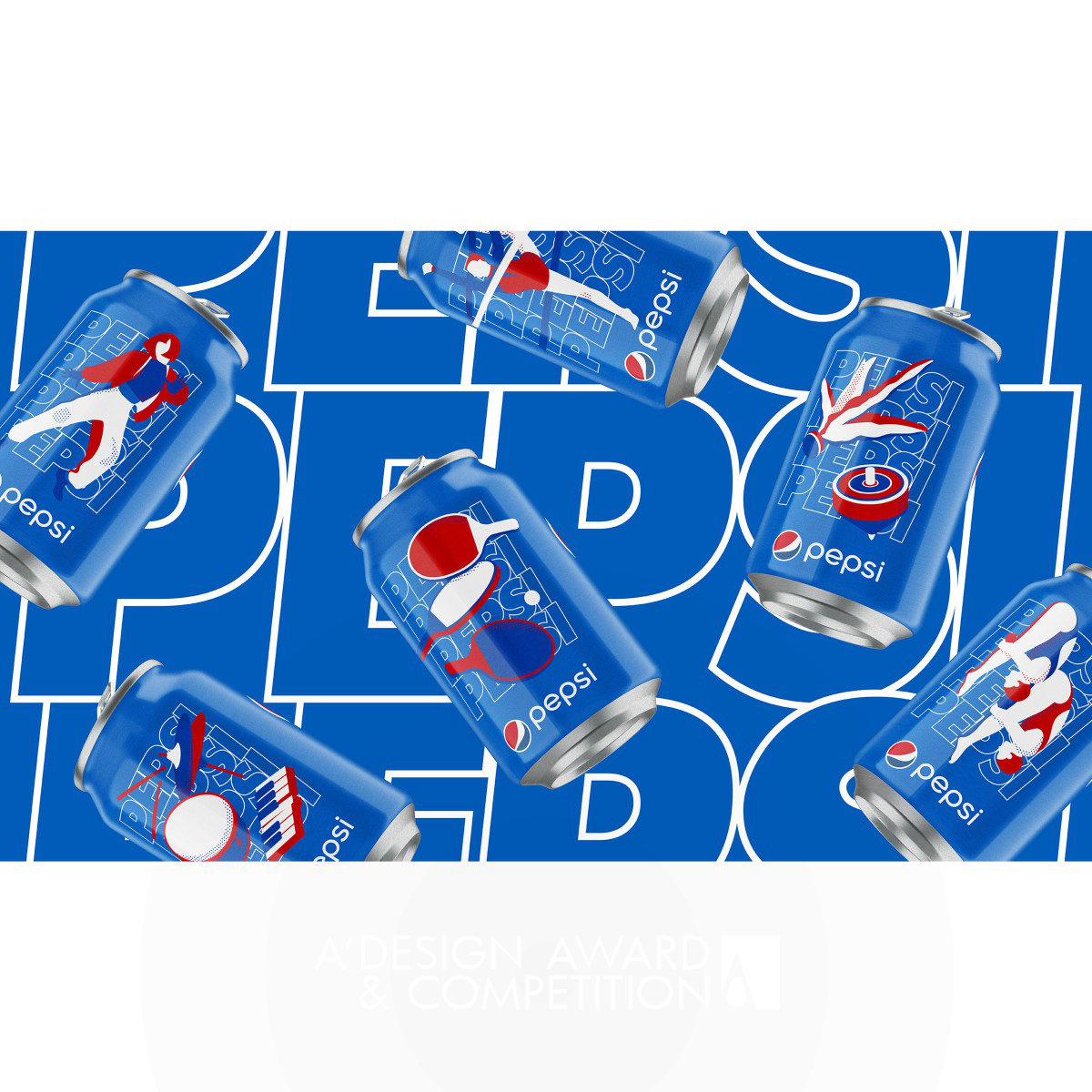 Pepsi For The Love Of It 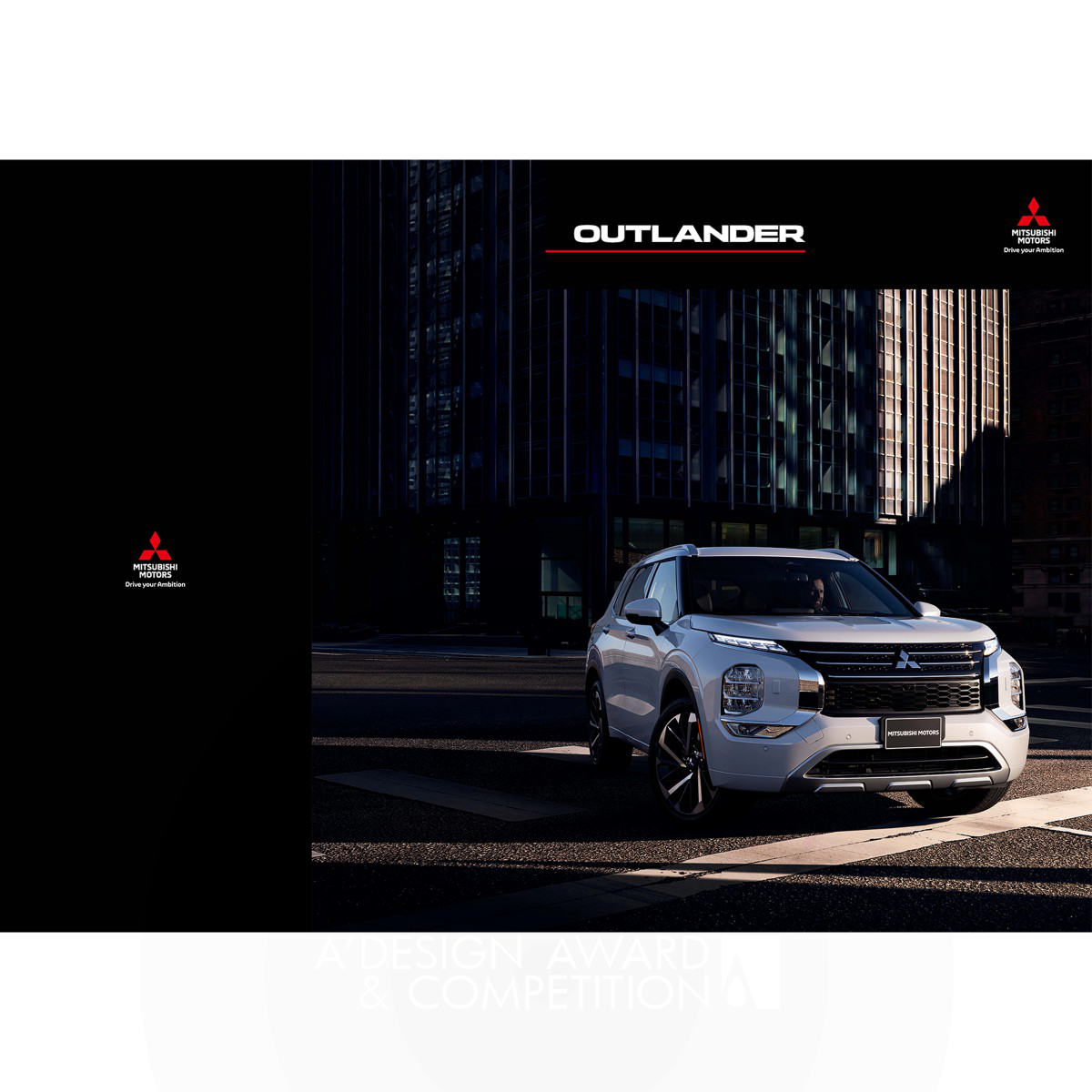 The powerful acceleration of the twin-motor 4WD. And an overwhelmingly quiet and smooth ride. In the midst of COVID-19, a state of emergency was declared in Japan, and it was very difficult to find a way to express this car to the fullest with minimal shooting. To make the most of the car's characteristics, the team focused on diversity in casting. The car's unique characteristics and diversity. How do they make the most of these two things? And how will Mitsubishi Motors' cars perform in the world of the new normal? They thought this through theoretically and incorporated it into the visuals. 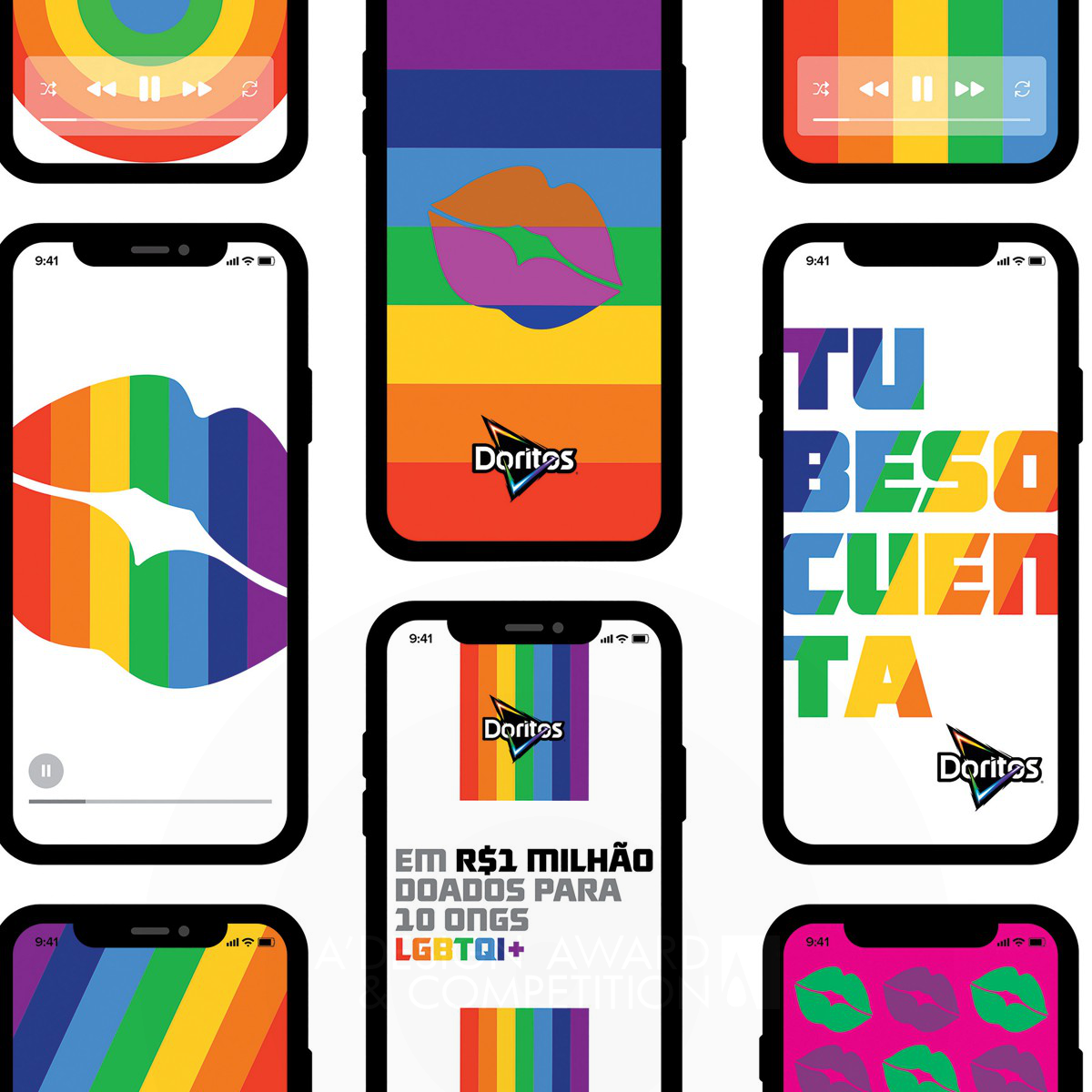 To elevate Doritos support of the LGBTQ community, PepsiCo created a purposeful and immersive experience through One Kiss, One Donation. Throughout the campaign the company leveraged TV, digital, and activation opportunities to create a virtual chain of love and respect that swept across social media and into people's hearts. Garnering over 1 million virtual kisses that were converted into a massive donation in support of the community. 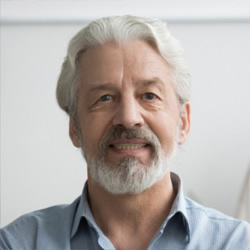