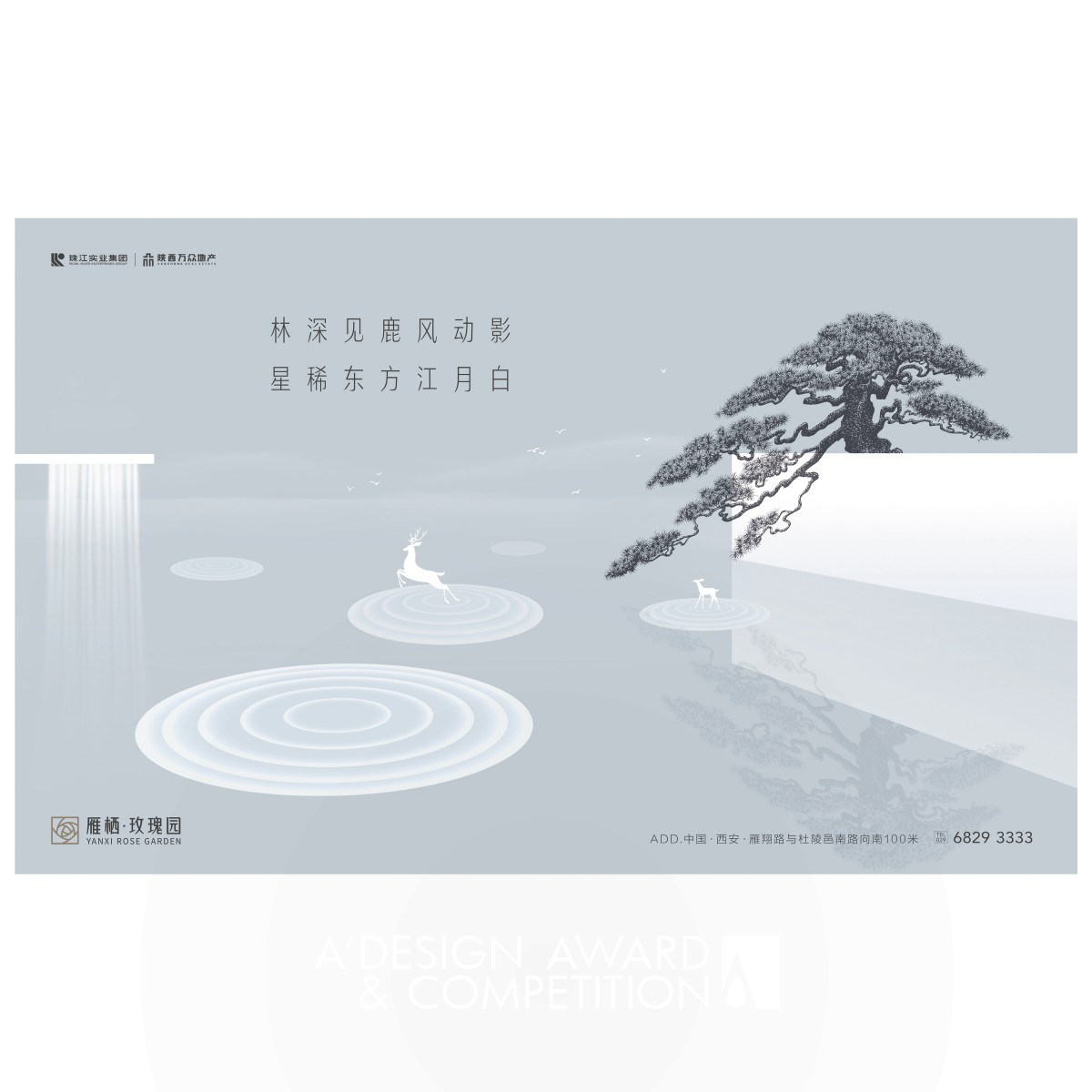 As a model representative of Xi'an Qujiang residential building, this project incorporates traditional Chinese elements such as pine, deer and koi in the advertising screen, which echoes the minimalist architectural style and presents a serene aesthetic; The most representative visual elements, echoing the minimalist lines, create enough scene and imagination. The integration of oriental culture and world aesthetics forms a contemporary life portrayal of the renaissance of scholars in the Tang Dynasty.

Good design deserves great recognition. Everyday, we are pleased to feature amazing designers who create original and innovative designs, amazing architecture, stylish fashion and creative graphics. Today, we are presenting you one of the World’s greatest designers. Checkout an award-winning design portfolio today and get your daily design inspiration.